Homemade Brownies For a Crowd

These are Homemade Brownies for a Crowd made in a jelly roll pan (12 x17), a dessert that feeds an army. Melt in your mouth, chocolate fudgy brownies with a rich chocolate frosting on top!

But I’ve never been that good at sharing…
I had good intentions. Last week I had just completed my 15 mile long run for my marathon training and was feeling good (If good means hardly able to walk up my stairs).
We had a church BBQ and I thought Brownies For a Crowd would be perfect. So I made them…and then we didn’t end up going because my husband had a work function pop up.
So Brownies For a Crowd turned out to be brownies for one. I had a little help from my husband and kids but I did quite a bit of the damage.
That’s right, not a single brownie made it out of my house.
Not. A. One. 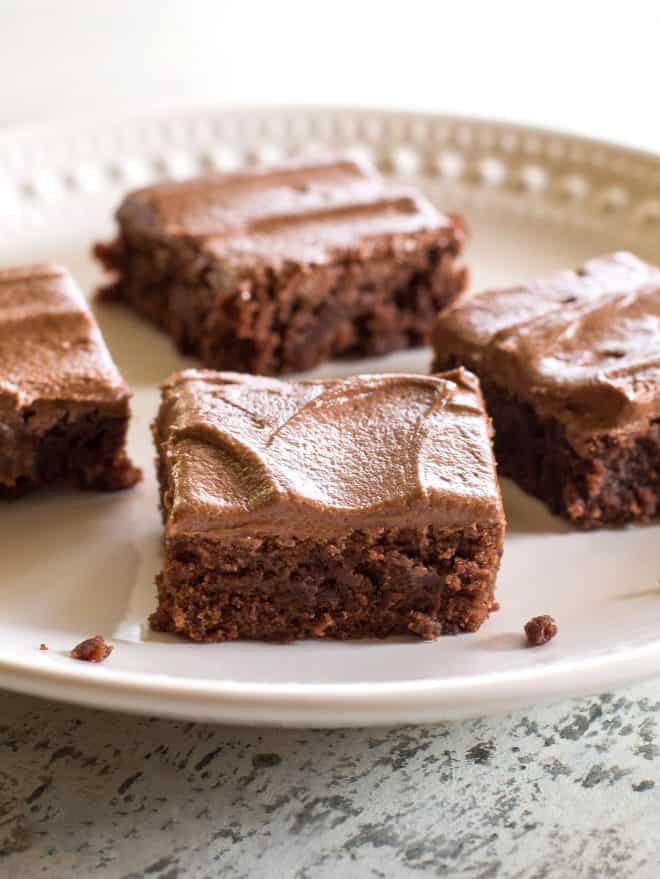 These are a fudgy brownie that you frost while warm so the frosting turns into more of a glaze.
Then I kept eating them and eating them and I decided these fudgy-no-calorie-left-behind brownies were meant just for for me.
It takes work to earn the name The Girl Who Ate Everything. They were even better the next day after the frosting had sunk in even more. 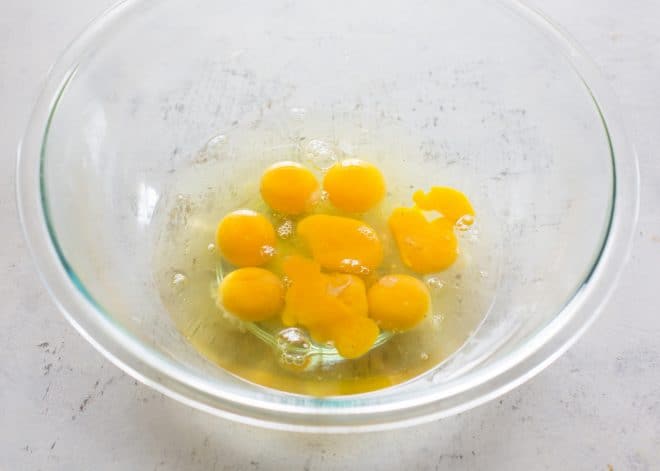 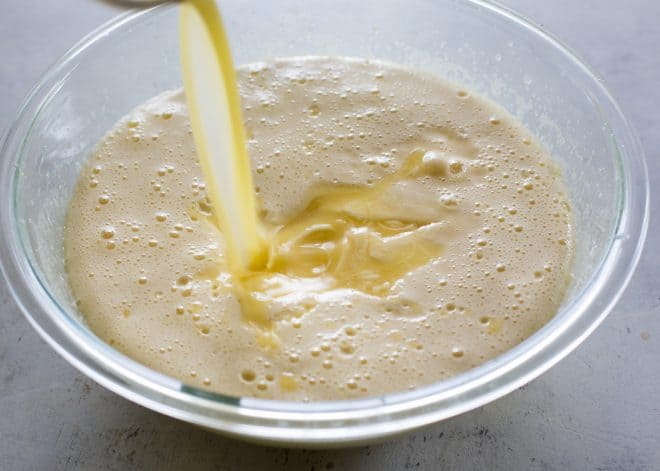 Then you will add four sticks of butter. I know. It seems like a lot but this makes a TON of brownies. 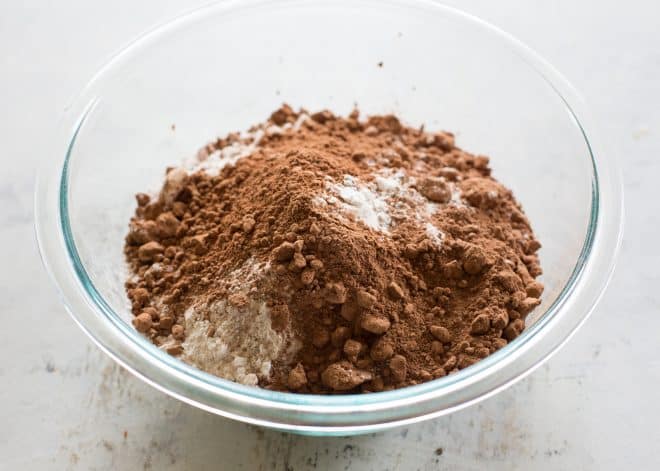 Whisk together the cocoa powder and flour.

Add it to the dry ingredients. 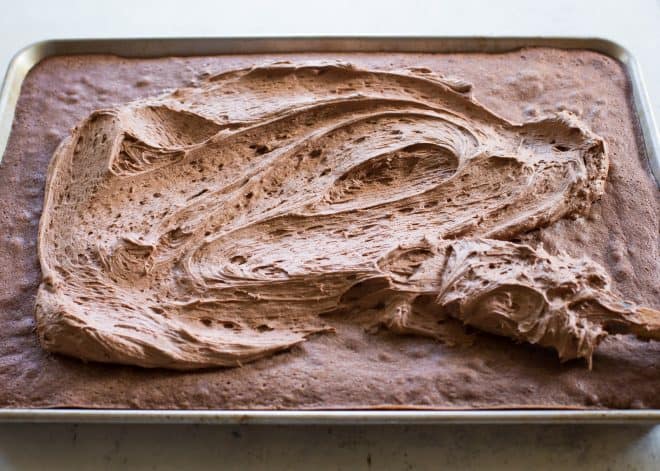 You want to spread the frosting on the brownies that aren’t hot but barely warm so the frosting kind of melts into it. 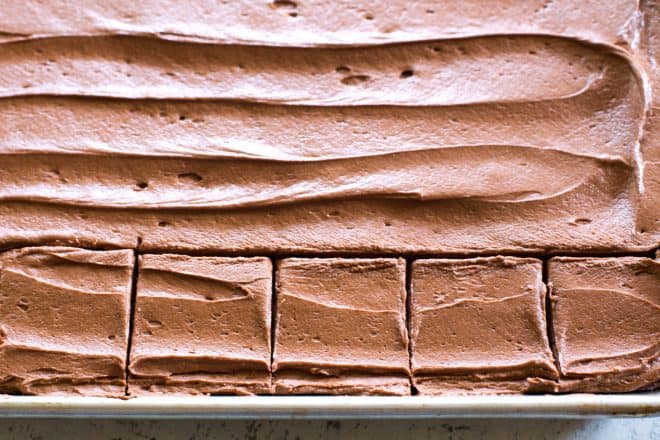 This makes 42 two-inch brownies. They are very rich so you’ll only probably be able to eat one. 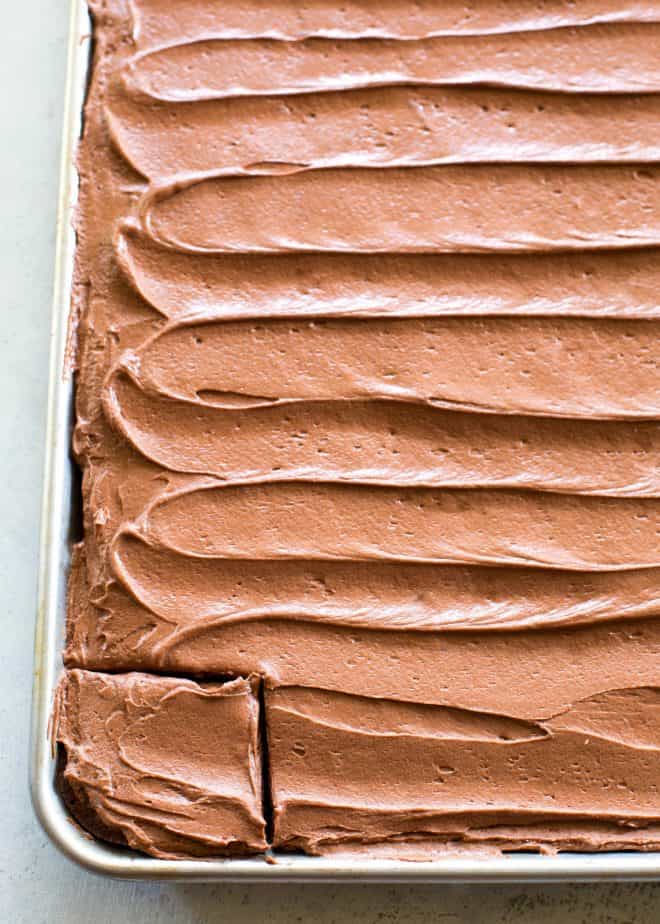 Finding the right kind of cocoa to use can be confusing. There’s sweetened and unsweetened, baking cocoa…you name it. When you’re looking for cocoa to buy, just look on the ingredients list and the only ingredient listed should be cocoa.

CAN I HALF THIS RECIPE?

Yes. If you don’t need a ton of brownies you can half this recipe and bake in a 9×13 baking dish. 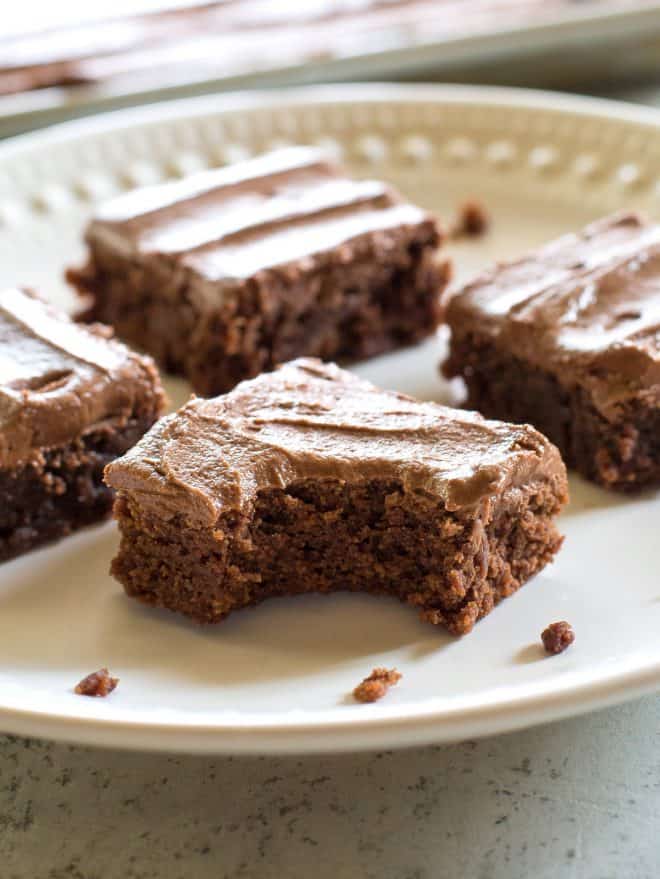 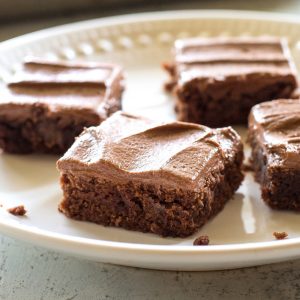 Homemade Brownies For a Crowd

This is a HUGE recipe, but I love that - bake once for a crowd or fill your freezer with brownies for any occasion.

Finding the right kind of cocoa to use can be confusing. There's sweetened and unsweetened, baking cocoa...you name it. When you're looking for cocoa to buy, just look on the ingredients list and the only ingredient listed should be cocoa.

CAN I HALF THIS RECIPE?

Yes. If you don't need a ton of brownies you can half this recipe and bake in a 9x13 baking dish.

47 comments on “Homemade Brownies For a Crowd” 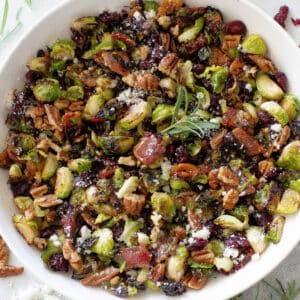 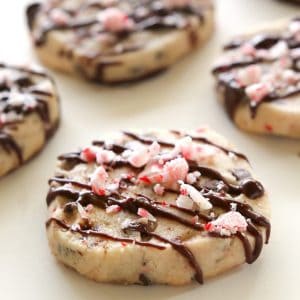 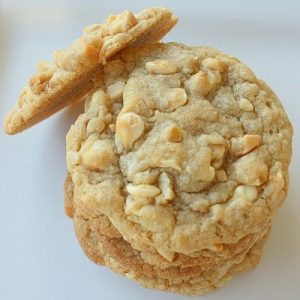