This Apple Crisp Cheese Danish recipe is a creamy cheesecake filling with a lots of oat and cinnamon topping piled on top of crescent dough. If you want a dessert/breakfast/brunch recipe, this recipe is for you! 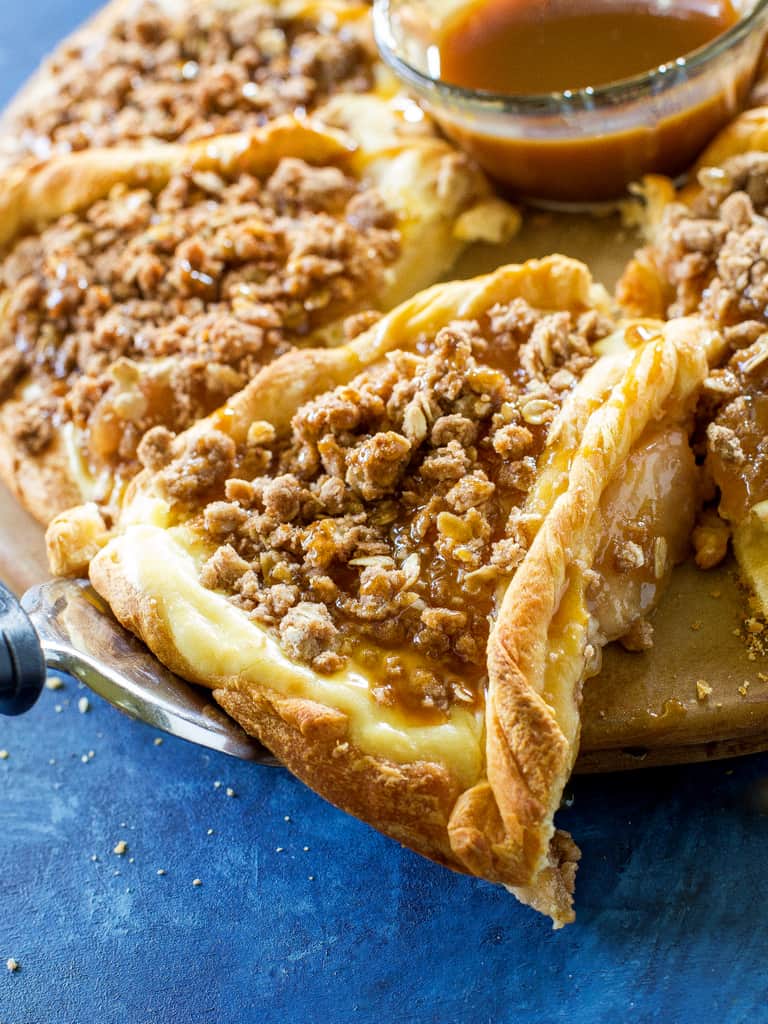 Sometimes my family gets the short end of the stick when it comes to meals. Oh yes, I have made some fabulous meals in my time.

But more often than not they get whatever I shot that day when the light was good…reheated. And to be honest, that’s on a good day.

Tonight, for instance I made my friend who just had a baby this Unstuffed Shells Casserole, Portillo’s Salad, and these Soft Chocolate Chip Cookies for dessert. 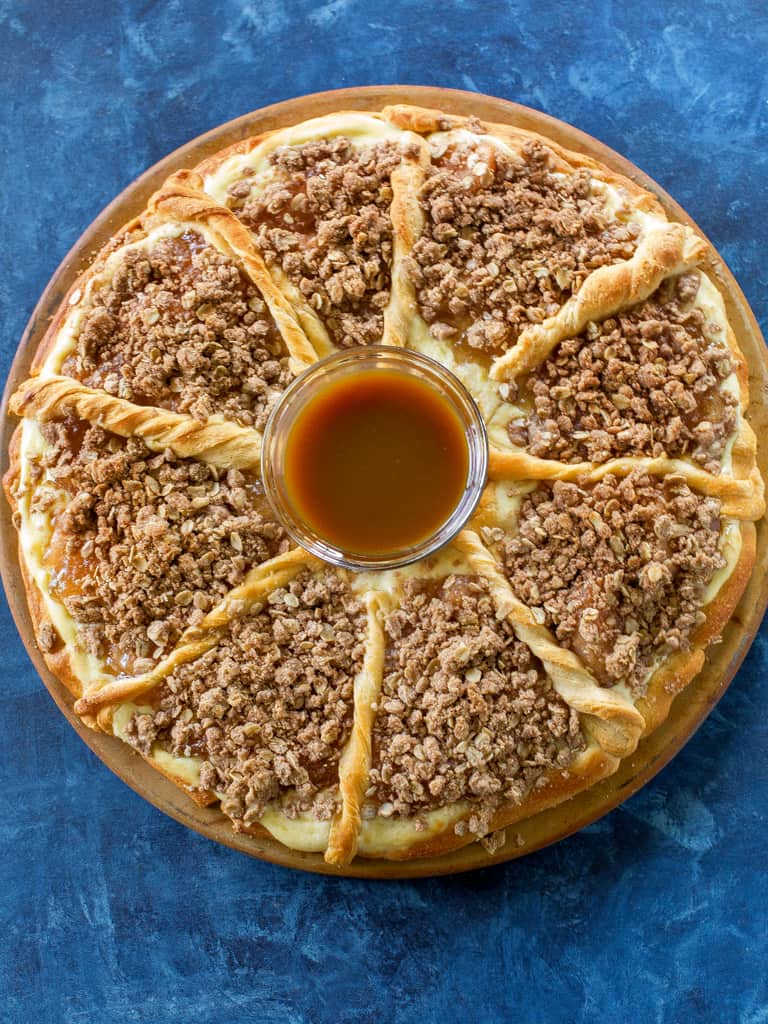 What did my family eat? Spaghetti with a Caesar salad from the bag. Gourrrrmet. See I told ya. They’re soooo lucky.

I mean can’t we eat this Apple Crisp Cheese Danish for dinner? My husband helped me come up with the name. I had a whole list of names that were either too long or…well they all were just too long. 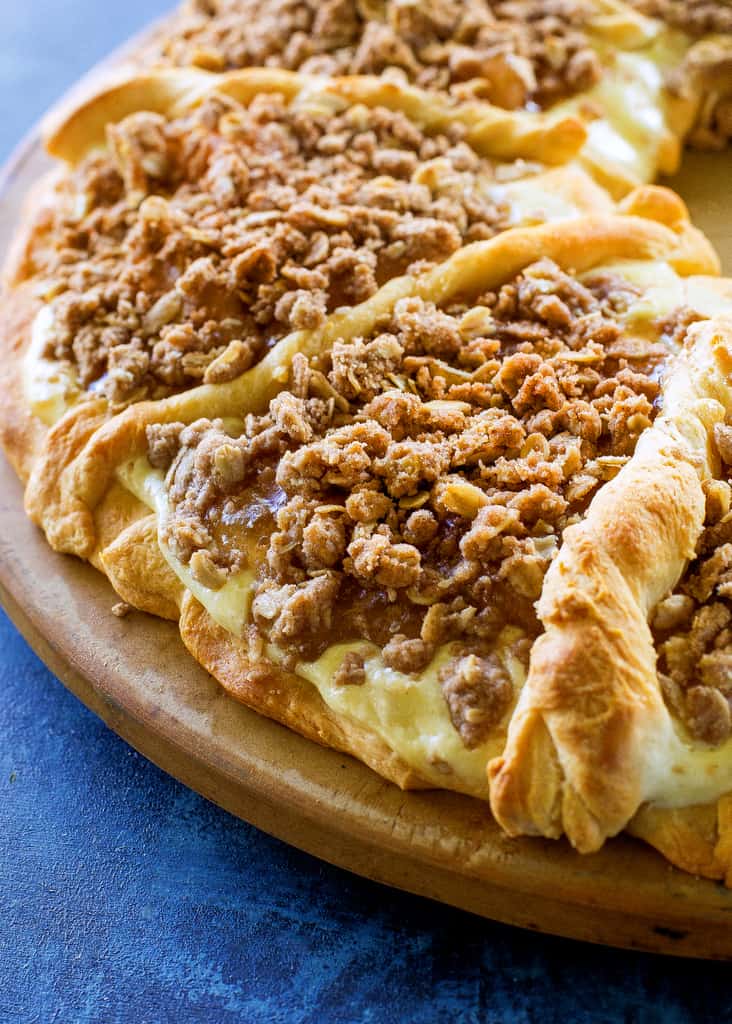 And then it was midnight. Although that’s not rare at all. What’s rare…is going to bed before midnight.

I gave up, shouted to the kitchen where my husband was devouring it and said, “What should I name her?” 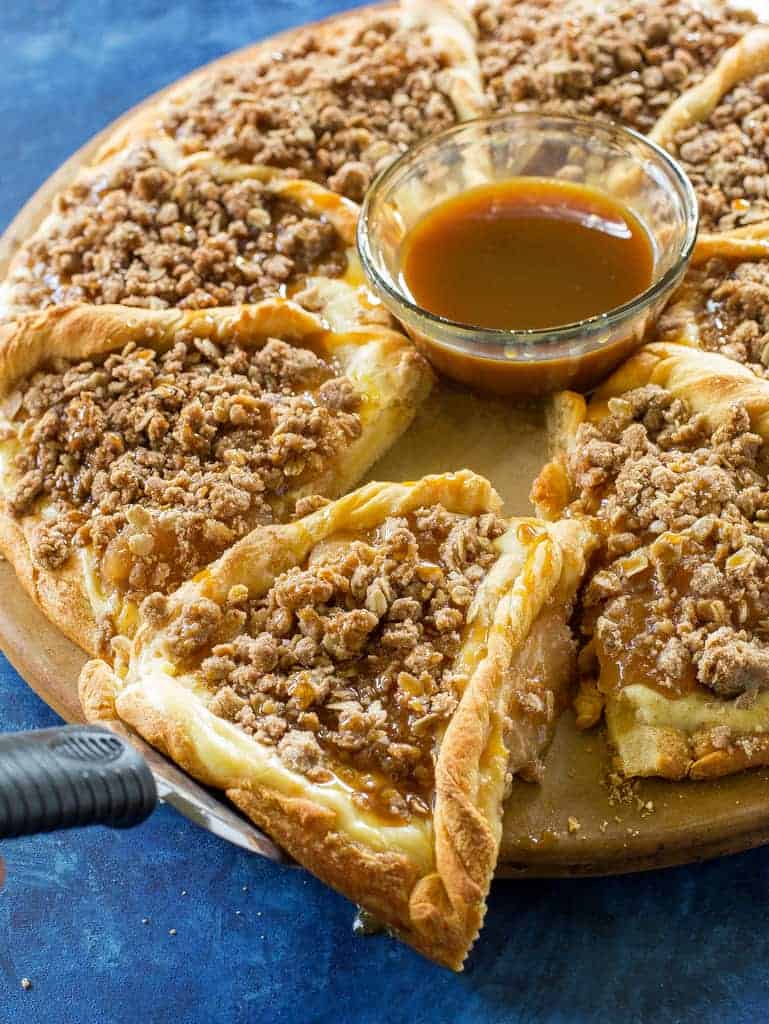 This beauty is impressive enough for breakfast, brunch, or dessert. I love it warm or room temperature. I don’t love crescent dough cold so I would steer away from that. 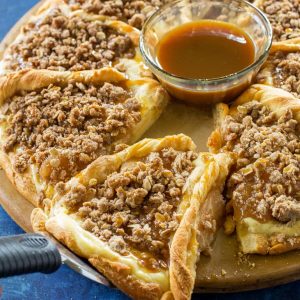 This Apple Crisp Cheese Danish recipe is a creamy cheesecake filling with lots of oat and cinnamon topping piled on top of crescent dough. 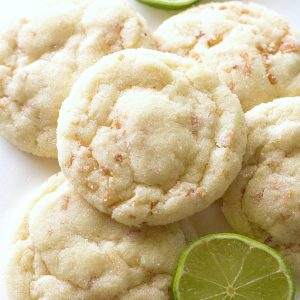 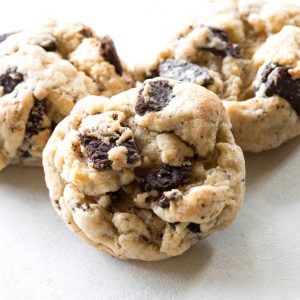 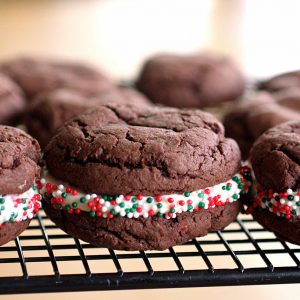