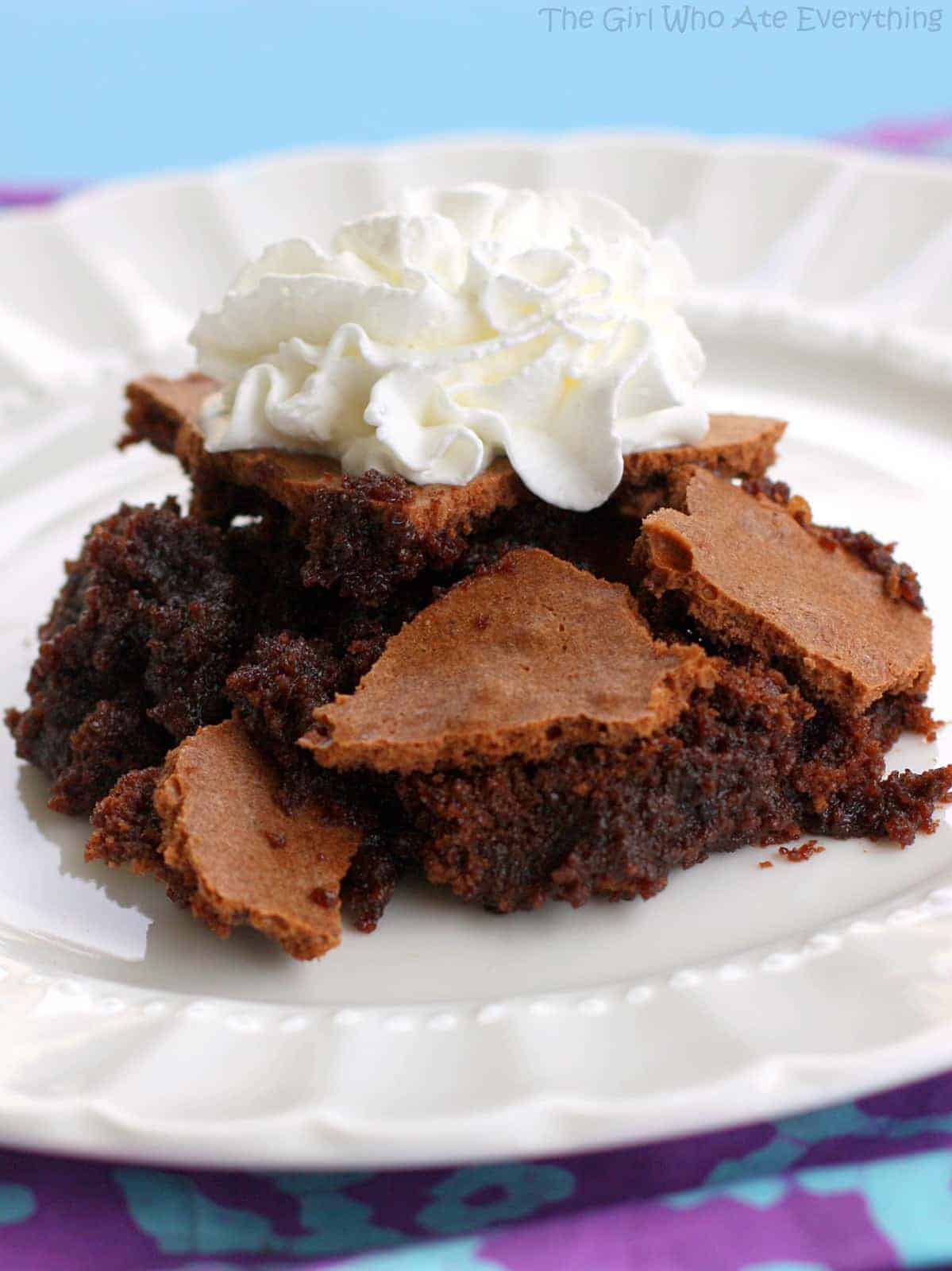 My son takes after me because he loves chocolate just as much as I do, if not more. For his last birthday he chose this Chocolate Chip Cookie Cake.

I don’t know if Brownie pudding is the best name for it. 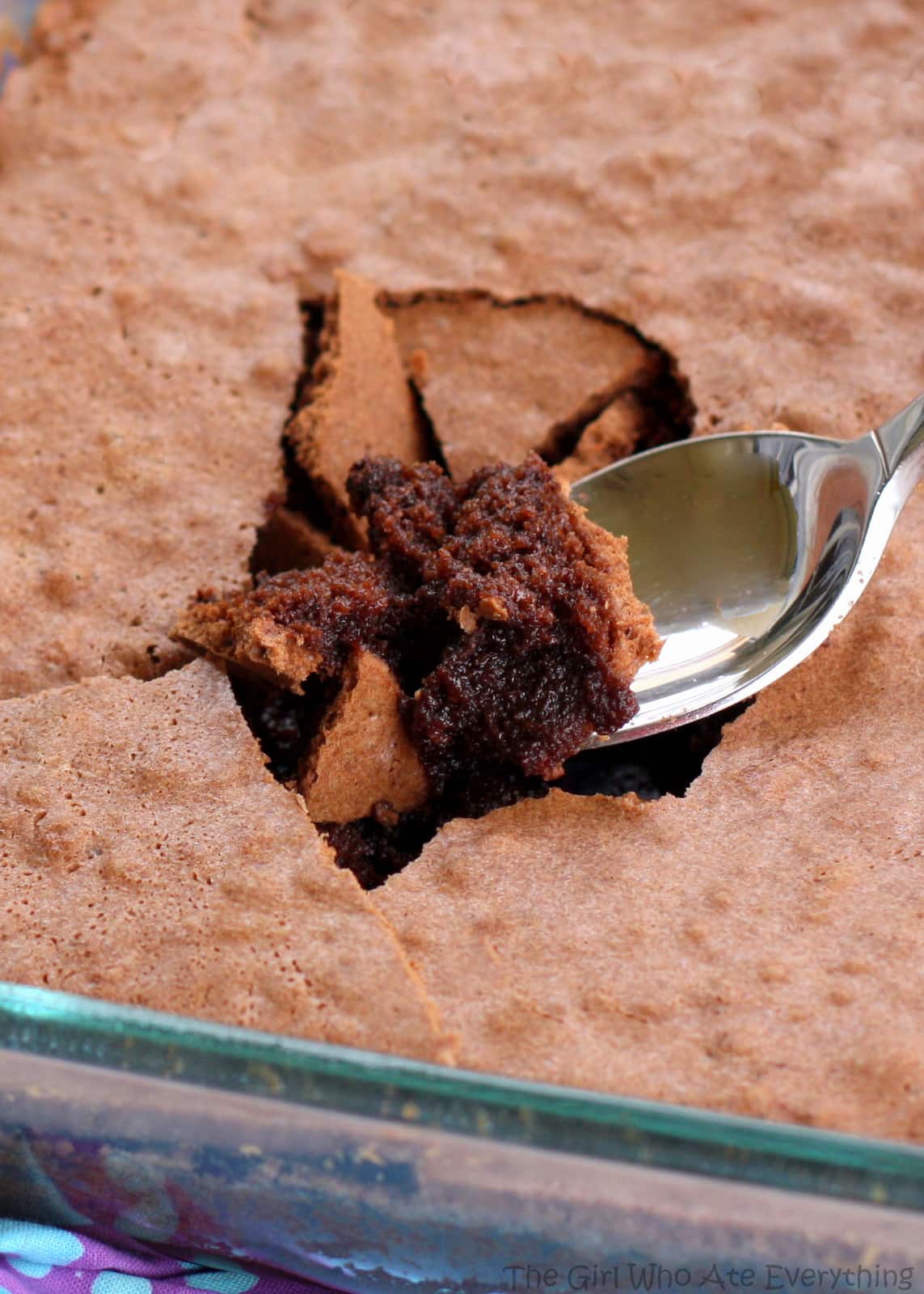 There was a man was on my neighbor’s roof pressuring cleaning it when we were in the backyard “cracking” and eating this dessert.

I’m not sure if he was staring in horror or jealously as we went to town on it, but he definitely kept staring.

Not my best moment and to have a stranger witness my lack of self control, even worse. 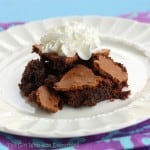 This Brownie Pudding recipe has a crunchy top layer with an ooey gooey rich and decadent chocolate inside!

adapted from Ina Garten ; via my friend Jenn Neville 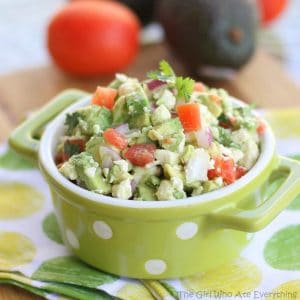 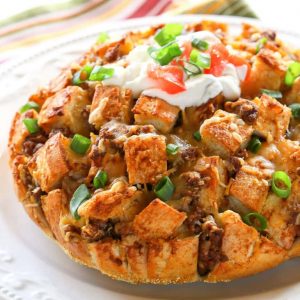 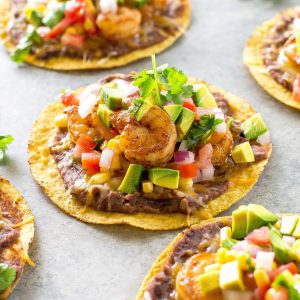 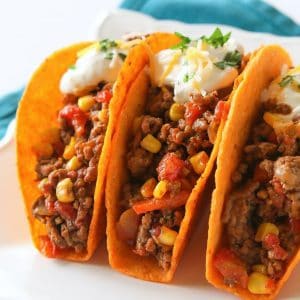