This Chocolate Cream Brownie Pie has a fudgy brownie base topped with a chocolate cream filling and fresh whipped cream. This pie is a rich pie recipe for chocolate lovers. 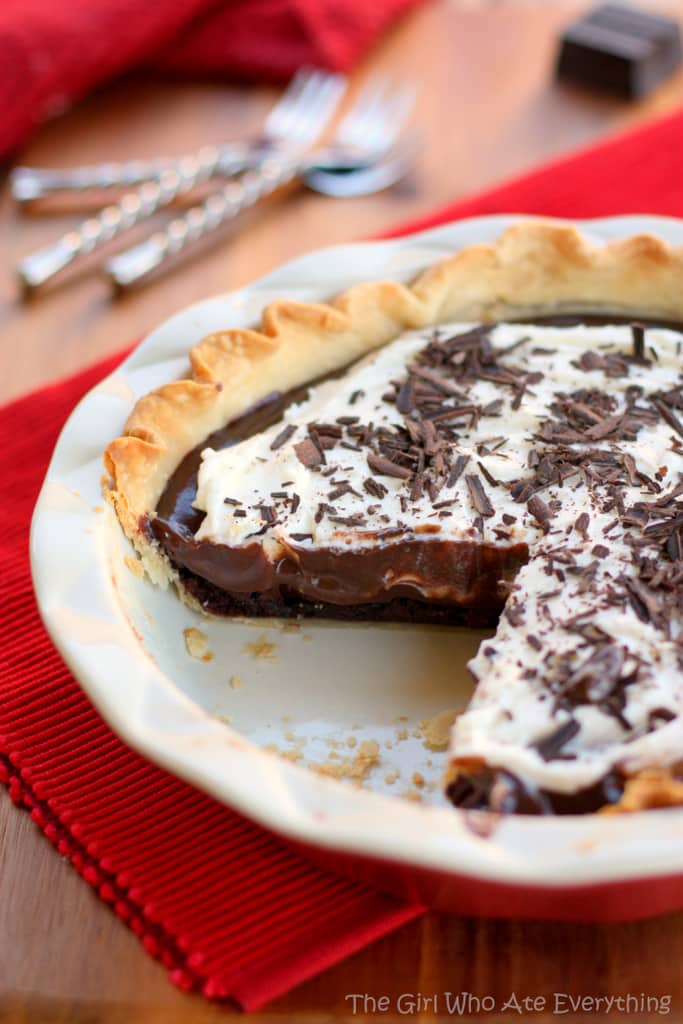 I’m drowning my sorrows in pie this week. My best friend is moving away tomorrow.

I wish I could say this was the first time this has happened but it seems like my friends leave me every couple of years.

Florida is a pretty transient area because of all of the coast guard, dental students, and FBI families in the area. But knowing that still doesn’t make it any easier. 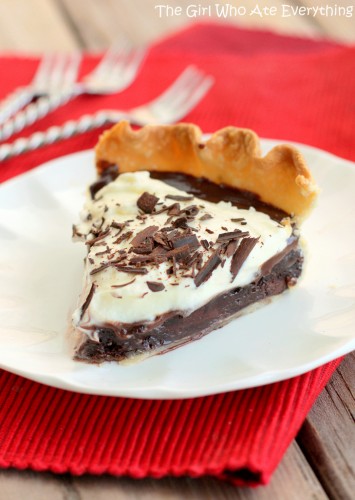 I’m bummed to say the least. My park, gym, and Chick Fil-A buddy is gone.

We’ve been dealing with it in the healthiest of ways of course by just pretending that it’s not happening.

True connections are hard to find and once you’ve found a good friend, you don’t want to let them go.

Have you ever had a good friend leave?

This pie comes from one of my other good friends, Kendee. She actually lives in Florida but unfortunately not close enough to make impromptu play dates feasible. I wish she lived closer!

She came up with this pie after craving one like it from Frontier Pies.

The fudgy brownie layer topped with creamy chocolate and freshed whipped cream is to die for.

I’m actually not usually one for chocolate pie but let’s just say my husband and I killed this in a day.

Don’t worry I’ll be a the gym tomorrow. Alone. Without my best friend.

I know the chocolate looks almost runny here but it actually firms up nicely in the fridge. It just happens to be unbelievably still hot here and I was taking pictures outside.

This Chocolate Brownie Cream Pie recipe makes two pies so you can keep one and give one to a friend. Or just eat two.

It is possible to half the recipe but it requires halving a brownie mix and some egg yolks which gets tricky. 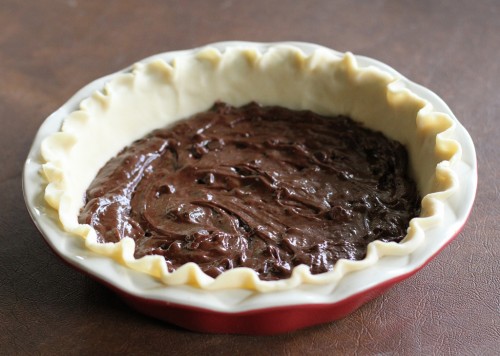 In each pie start with a brownie layer. I used a Betty Crocker Triple Chunk mix for extra chocolate decadence. 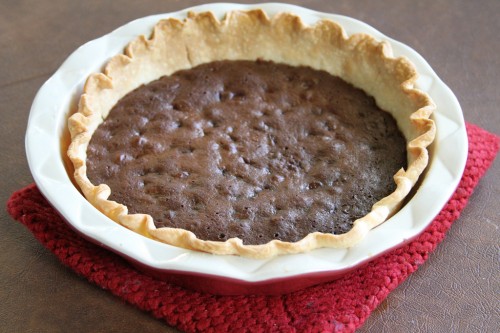 Here’s the brownie once it’s baked and the center is set. 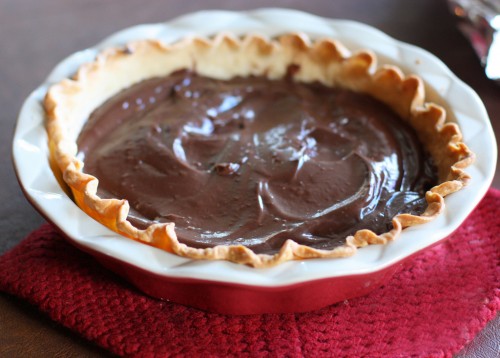 Next, add your layer of Chocolate Cream. 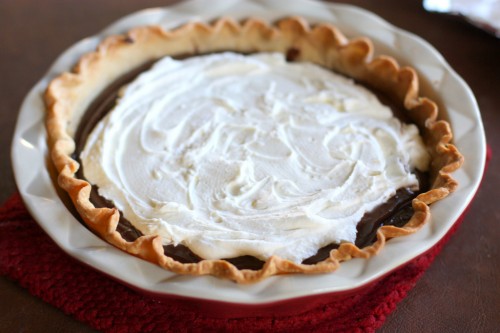 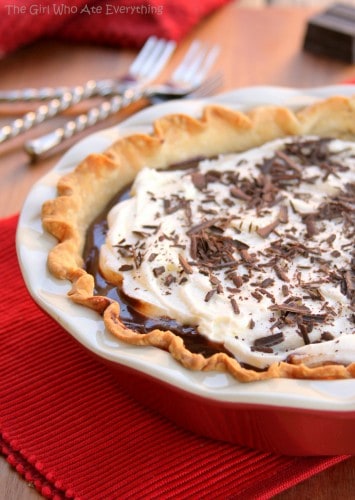 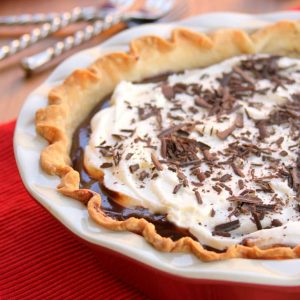 For the Brownies:
For the Chocolate Cream: 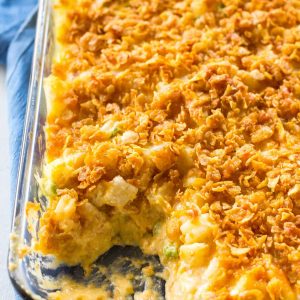 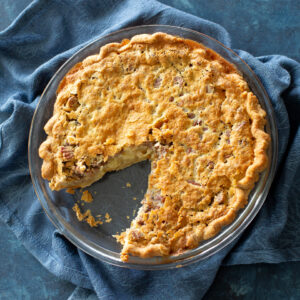 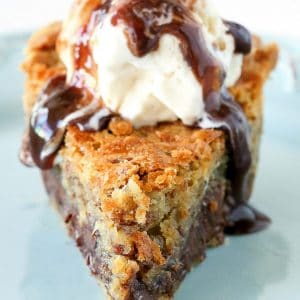 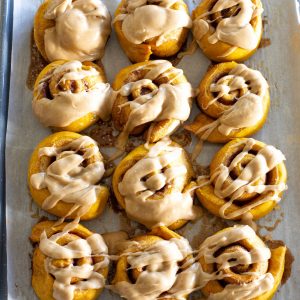 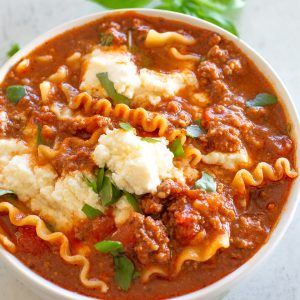