These Samoa Brownie Bars have a shortbread crust topped with a brownie layer and caramel coconut inspired by the Girl Scout cookie.

Did anyone else freak out a while back when Girl Scout Samoas Cookies changed their name to Caramel deLites? How dare they mess with perfection. I thought maybe it was because they had gotten some heat from naming them after the people from Samoa but it turns out that wasn’t it at all.

The cookies are produced by two different bakers so a couple of the other cookies have two names as well because the ingredients differ slightly from each baker.

I’ve been loyal to Samoas for years. I can remember in college having absolutely no money and coming out of the grocery store only to succumb to the Girl Scouts selling the cookies outside of the store.

And then there’s my husband. I heard him at the door when the Girl Scout came by selling cookies.

These are not quite the bar form of the Samoa cookie. There’s a brownie layer thrown in there. I didn’t hear you complaining. 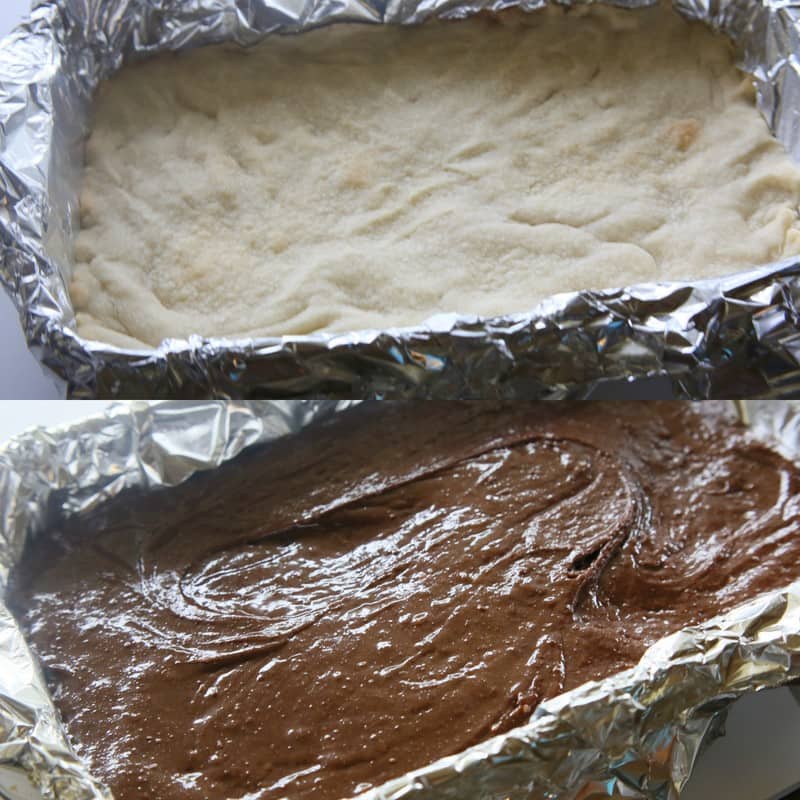 Hey, what do you know? A shortbread crust. Again. Kind of my favorite thing ever. I’m way too lazy to make individual cookies so bars are the way to go. Next, your brownie layer.

You can use any size boxed mix you want – or homemade. But I figured that these already have a couple of steps so why not simplify the process. I added some chocolate chips to the mix to intensify the flavor. 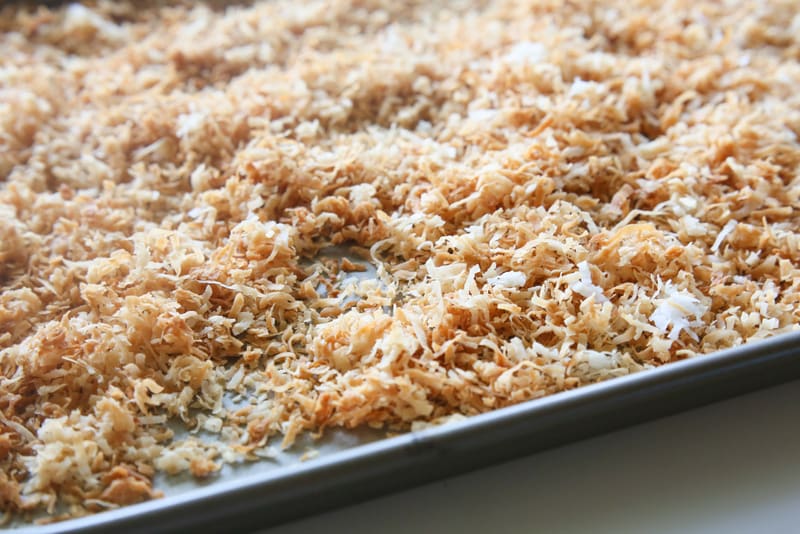 To toast your coconut, lay the sweetened coconut on a baking sheet and bake for about 20-25 minutes at 300 degrees stirring every 10 minutes.

You want it pretty crispy and golden brown. This is what mine looked like halfway. 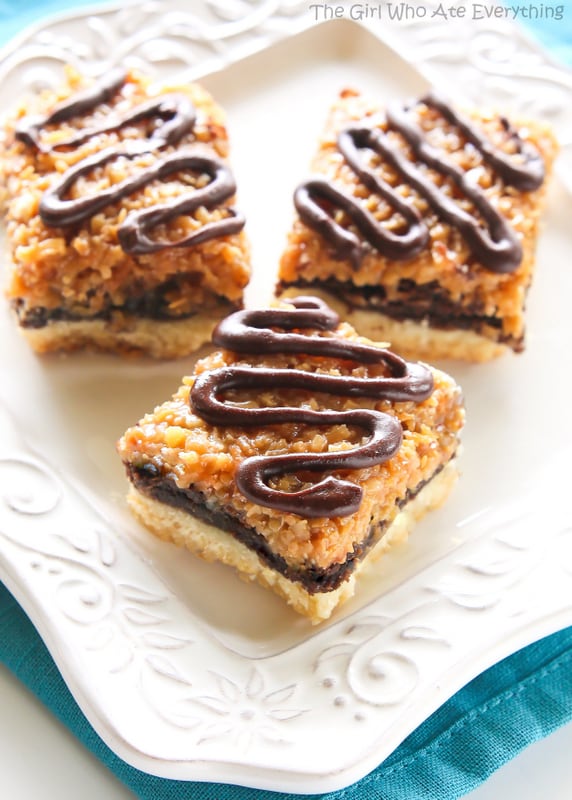 Mix the coconut with caramel sauce and spread on top. Drizzle with some melted chocolate. 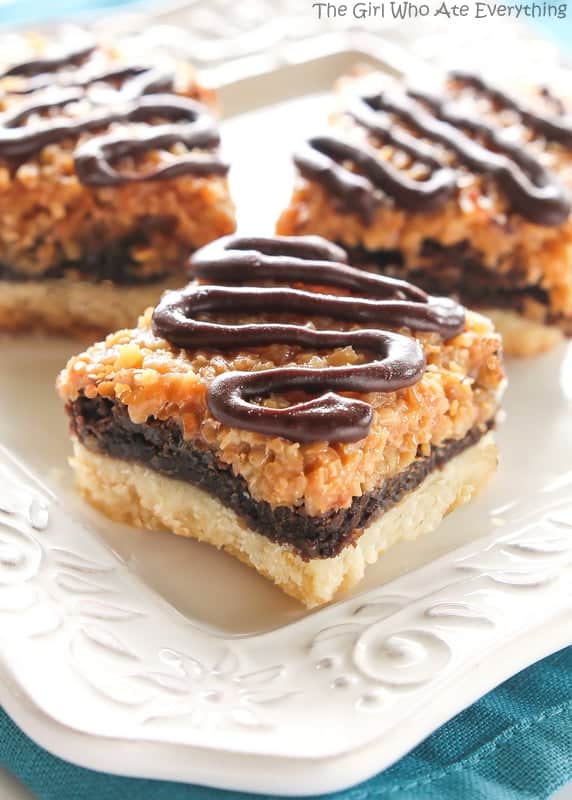 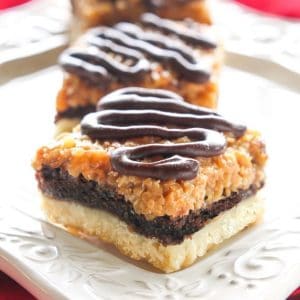 These Samoa Brownie Bars  have a shortbread crust topped with a brownie layer and caramel coconut inspired by the Girl Scout cookie.

Source: adapted from JaseysCrazyDaisy. Added chocolate chips to the brownie batter and made my own caramel sauce and drizzle. 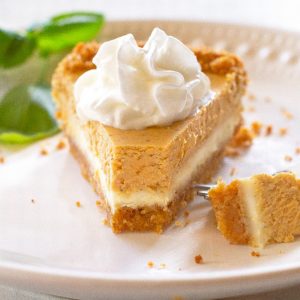 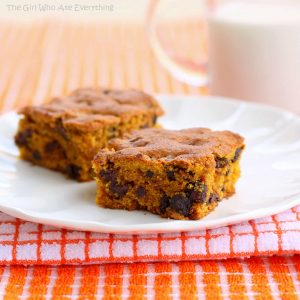 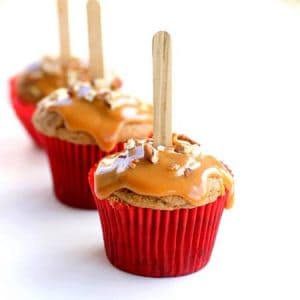