Named for their shape, these Elephant Ears are layers of puff pastry with cinnamon and sugar. Only four ingredients to make this tasty treat. 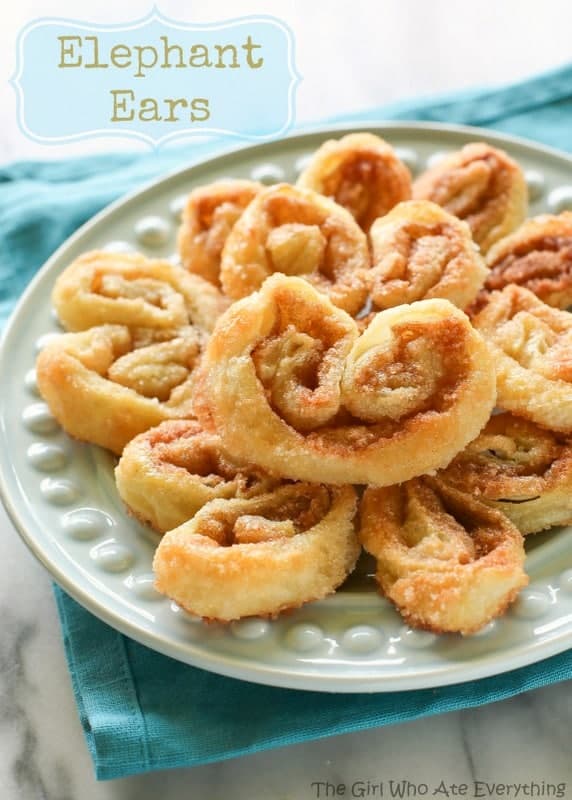 My friend Lindsay posted a picture on her Instagram of her eating elephant ears. Ever since then, I’ve been obsessed with them. I researched tons of recipes, some more complicated than others, with yeast and without. But school just started here. Which means I get to wake up at 6:45 every morning and I’ve turned into a beast. An impatient beast. I’m soooo not a morning person. I wanted something simple and easy to satisfy my cinnamon sugar craving. These are great warm or room temperature. For breakfast…or an afternoon snack. 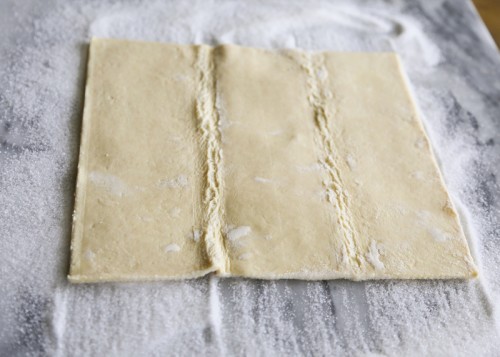 Sprinkle a surface with some sugar with a pinch of salt. Place your puff pastry on top. 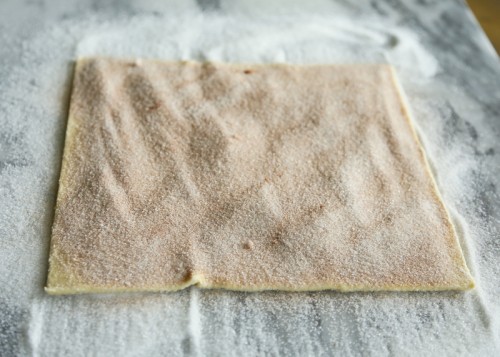 Sprinkle some cinnamon sugar on top. 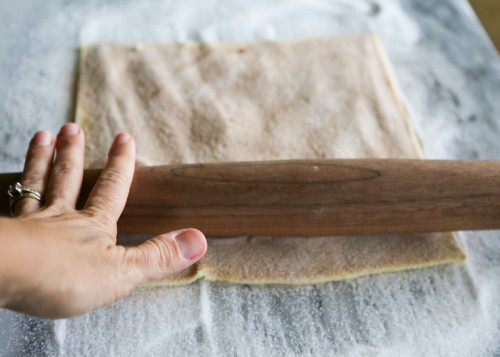 Roll the cinnamon sugar into the dough. 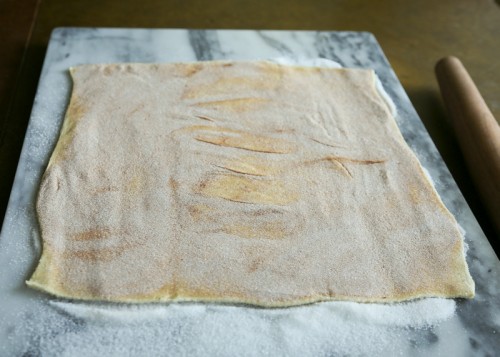 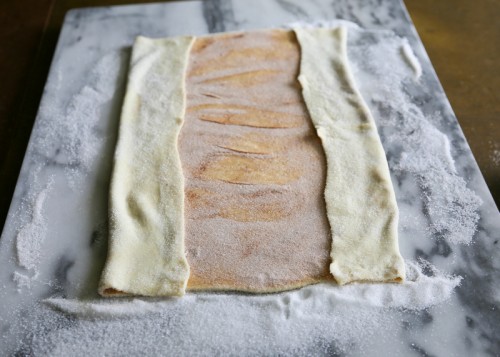 Fold the dough halfway to the middle. 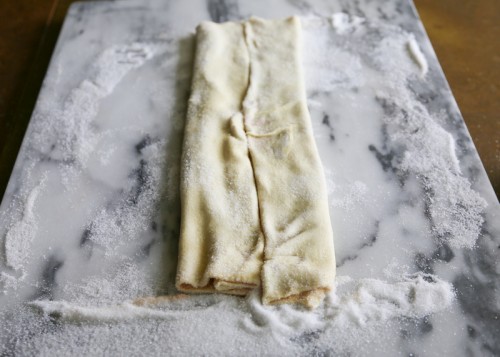 Then fold it over again meeting at the center. 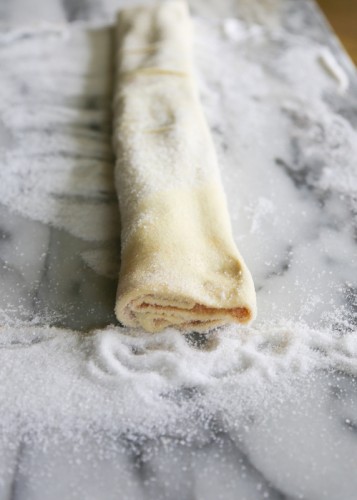 Then fold it over again like you’re closing a book. 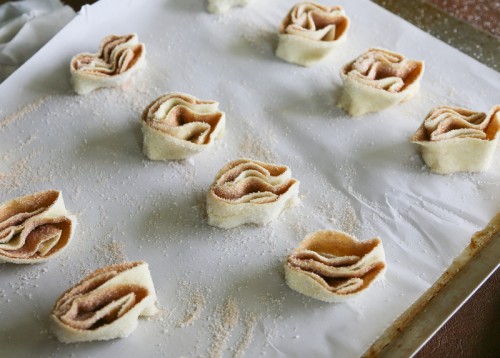 Gently slice it and place it on a parchment lined sheet. It’s not pretty. Don’t worry. When they’re done baking they will spread just like they’re supposed to. 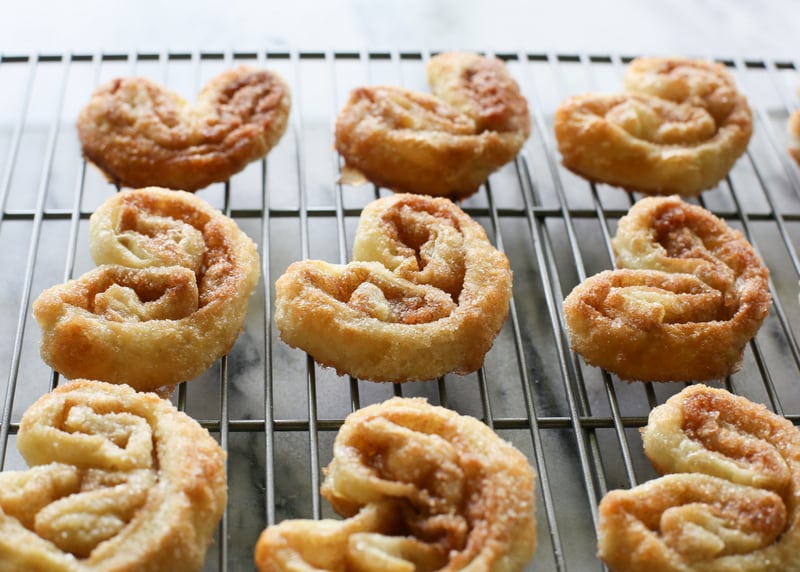 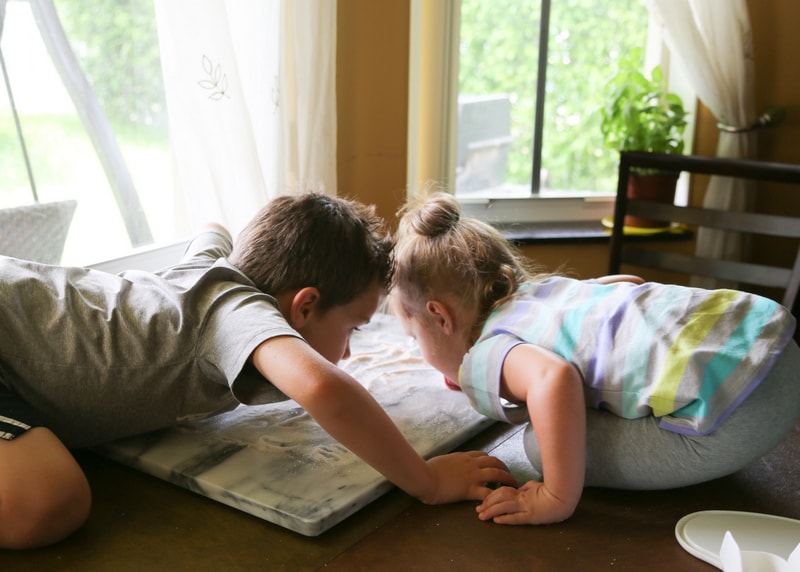 I looked over and saw my monkeys doing this with the leftover sugar. I swear I do feed them actual meals. 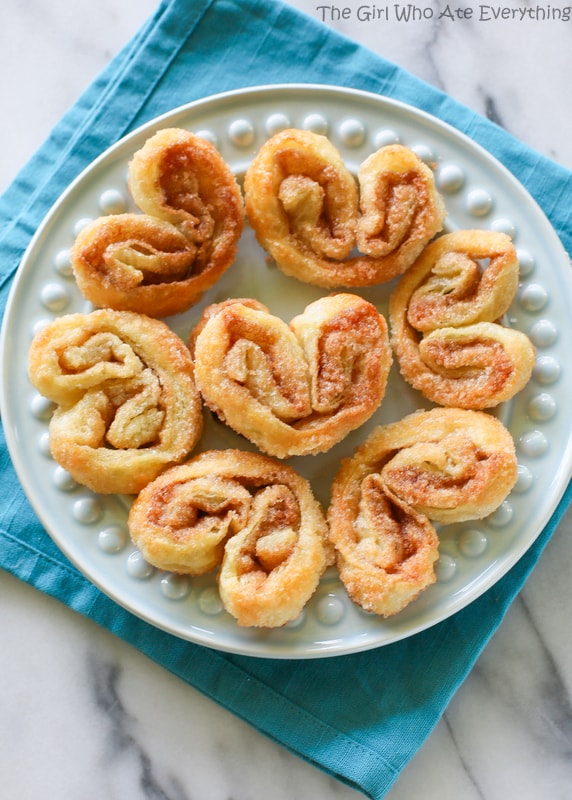 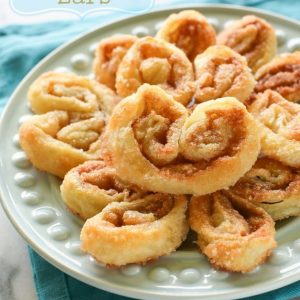 Source: Food Network - I added more cinnamon than the original recipe but that was the only change.

And since 2 puff pastries come in a package you can make  double batch or make these recipes: 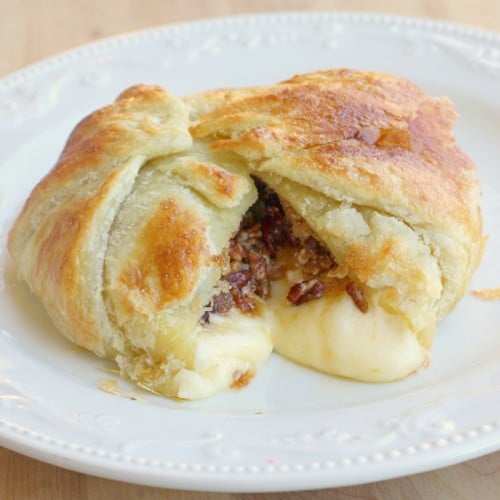 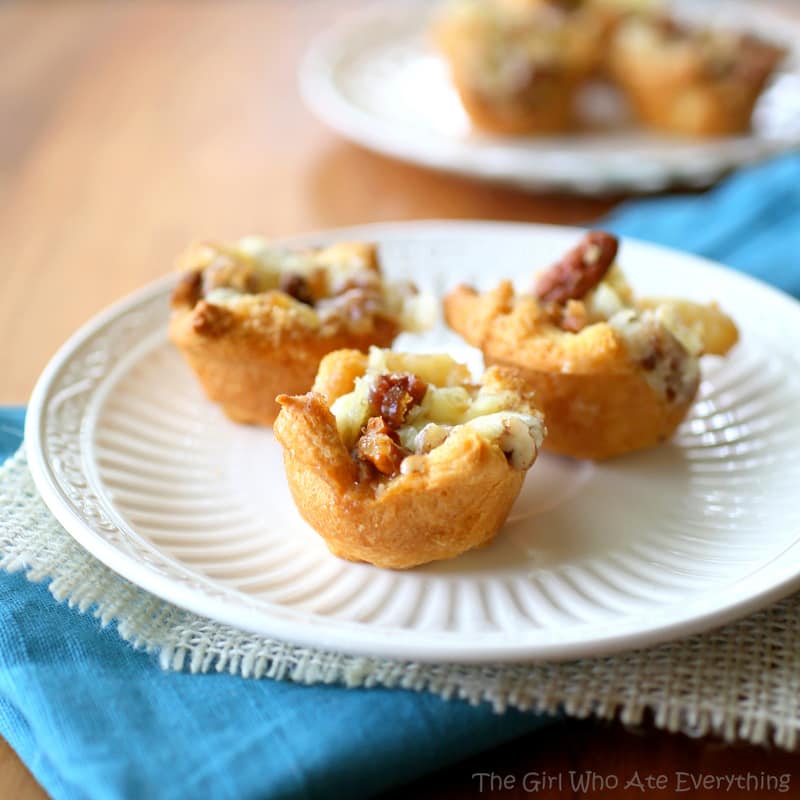 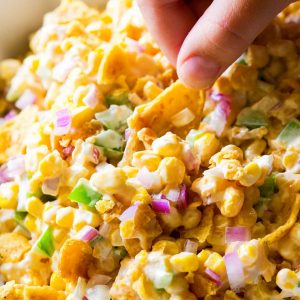 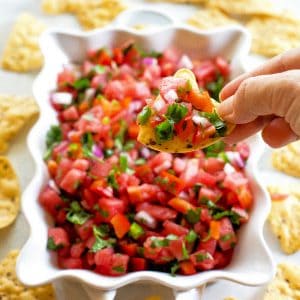 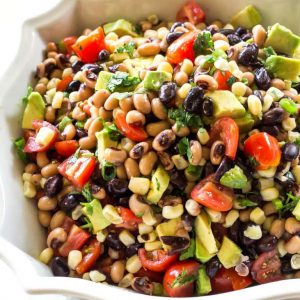 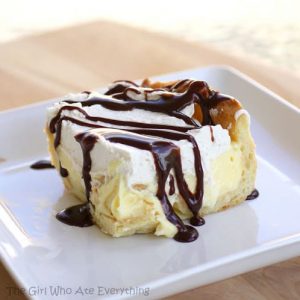