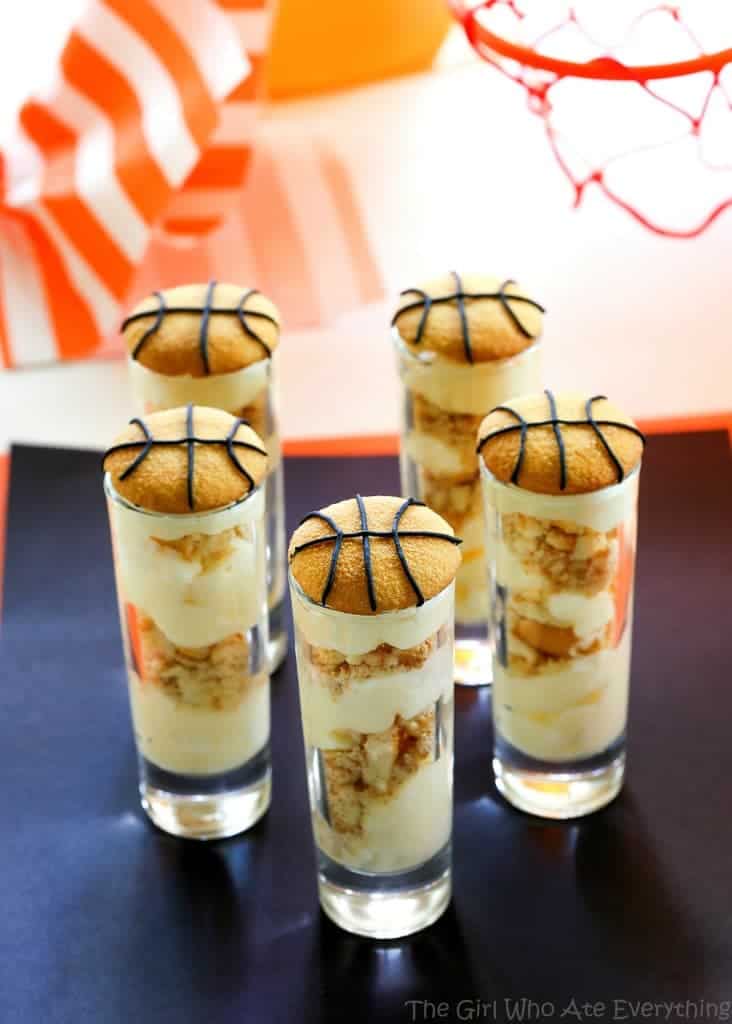 Since my life revolves around football I find that people make a point of telling me how much they don’t watch football. I get it. I get it. You’re all not as invested as I am. But when it comes to basketball I’m really the same way as you. I love watching it live but rarely watch it on TV. Which is a shame because between you and I it’s probably the most exciting to watch. My husband makes me fill out a bracket for March Madness every year and I usually end up picking the team name I like the best. Secret’s out. I’m totally one of those girls who watches the game for the treats. 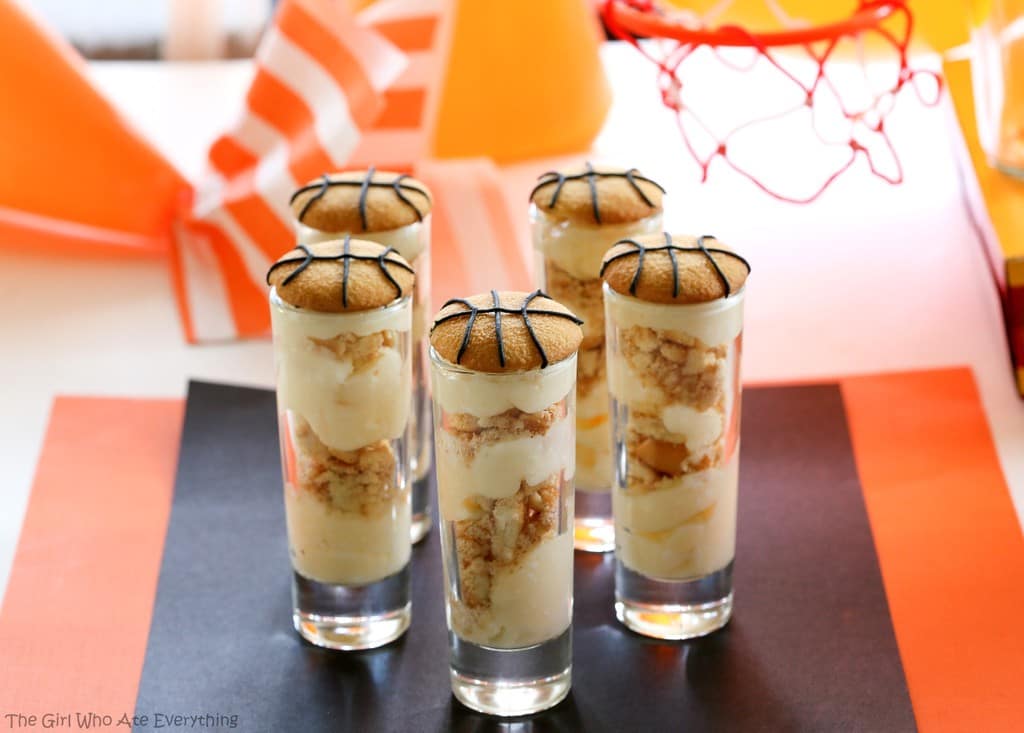 My friend Allison gave me these dessert shooter cups with little spoons for my birthday a couple of years ago and I’ve used them several times for mini treats for parties and baby showers. I’ve seen them at HomeGoods if you’re looking for some. These Cheesecake Vanilla Shooters have layers of cheesecake pudding (vanilla would be good too) and crushed Nilla wafers. Super simple and really good! 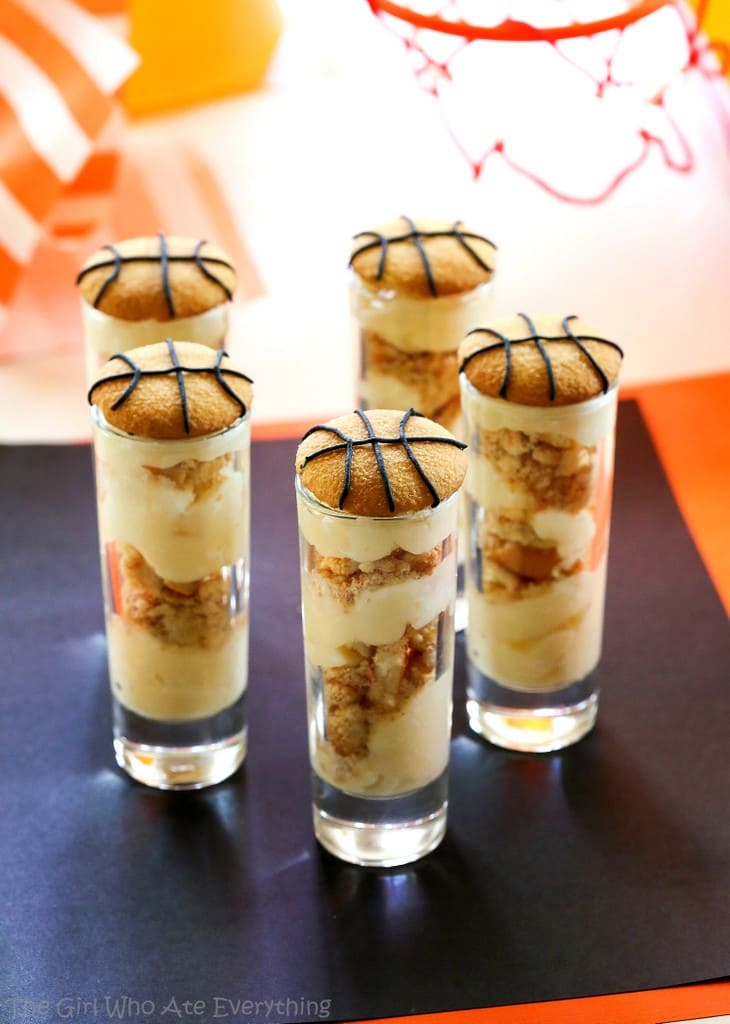 Add a layer of whipped cream to the top…because you can. 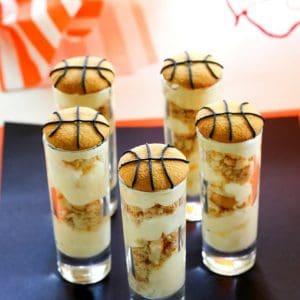 All Desserts All Recipes Desserts